Maybe Santa can get you this for Christmas. Jimi Hendrix’s rare 1960s electric guitar is going up for auction. The minimum bid — $50,000. The guitar god apparently used it when he first returned home from the Army in 1962 and then moved to Clarksville, Tennessee. During that time he played with some familiar names: Sam Cooke and Ike and Tina Turner. But, when Jimi moved to London in 1966, he left the guitar behind in NYC at the apartment of one of his friends. The Japanese Sunburst electric guitar is expected to snag at least $50,000. The auction is coming up on August 8. The same auction will also feature Prince’s custom purple boots and Muhammad Ali’s custom white terrycloth “World Champion” robe. Do you have any rock or sports memorabilia you’ve paid big bucks for?

Check out everything going up in this auction here:  https://bid.gwsauctions.com/auction/artifacts-of-hollywood-music-46/bidgallery/ 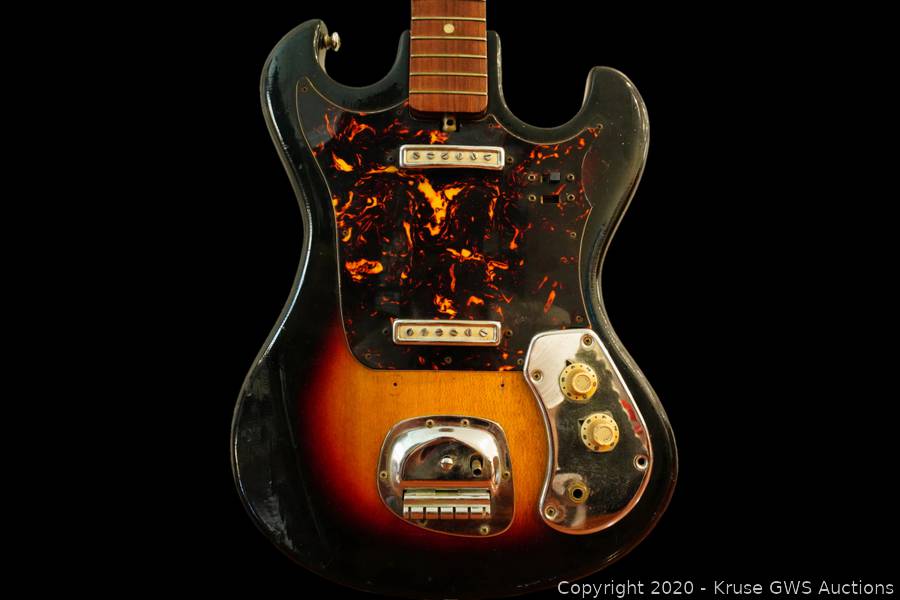