Instead of the traditional 4th on Flagler event along the waterfront, the City of West Palm Beach is planning for a DIY 4th of July. While the City’s Independence Day celebration will include fireworks, they will not be launched from near Flagler Drive but, instead, from two different undisclosed north and south locations to reach as many people as possible. While some will be able to see the fireworks from their home, all residents will be able to view them by tuning into WPBF 25’S Project CommUNITY: Fireworks From Home at 9:00 p.m. on July 4 for a broadcast of the fireworks live to everyone in the station’s viewing area. 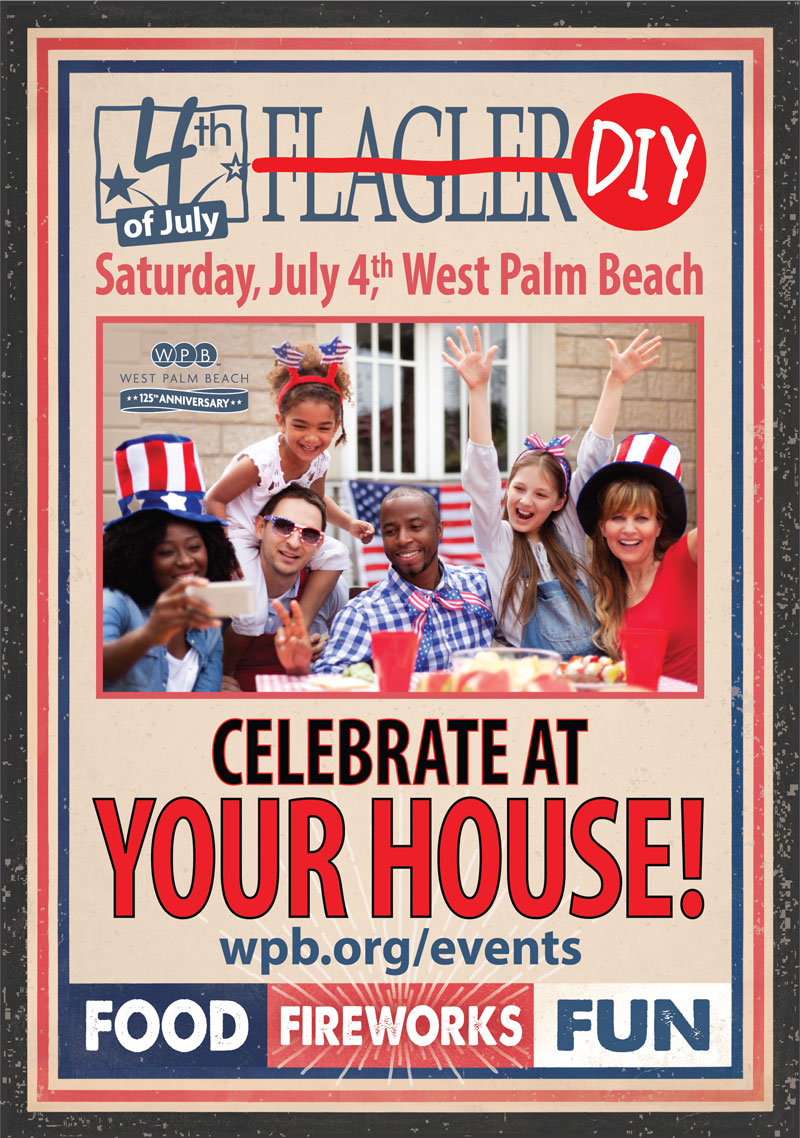